I’m in LA for a week. I’m going to try to write something about my trip every day. I hope you enjoy it.

Day two ended with the upstairs neighbors from hell. As Dmitry and I tried to sleep, what sounded like the footsteps of every child ever pounded the ceiling above us. He wound up complaining to the front desk at 1 am, to no avail. We woke to the same rhythmic pounding we attempted to sleep through.

Our breakfast was a joke. The restaurant in the hotel was apparently planning for a big event later in the day, as the tables and chairs were ornately wrapped and decorated. The host allowed us to partake in their breakfast buffet all the same, but it was not worth writing about. Calling it lackluster would be too kind. It would have been an upgrade.

Following this, Dmitry and I started driving to the Getty Villa, where we were to meet up with an old friend. Despite the traffic, the drive was wonderful. Pacific Coast Highway is pretty amazing. The homes are gorgeous and the vistas are stunning. I can absolutely understand why people pay unbelievable amounts of money to live along the cost. There are trees flowering in some of the most vibrant colors I’d ever seen in nature, and the hillsides are unlike anything found in the midwest.

The natural beauty of California continues to amaze me. The Pacific Ocean appears endless, and the coastline stretches as far as the eye can see. The scale of it never seems to lose its glory. The tall, lush trees tower over most buildings, and hills seem like mountains compared to the flat plains I am accustomed to. Nature and civilization coexist in an almost magical way. You can’t turn around without finding another stunning vista. 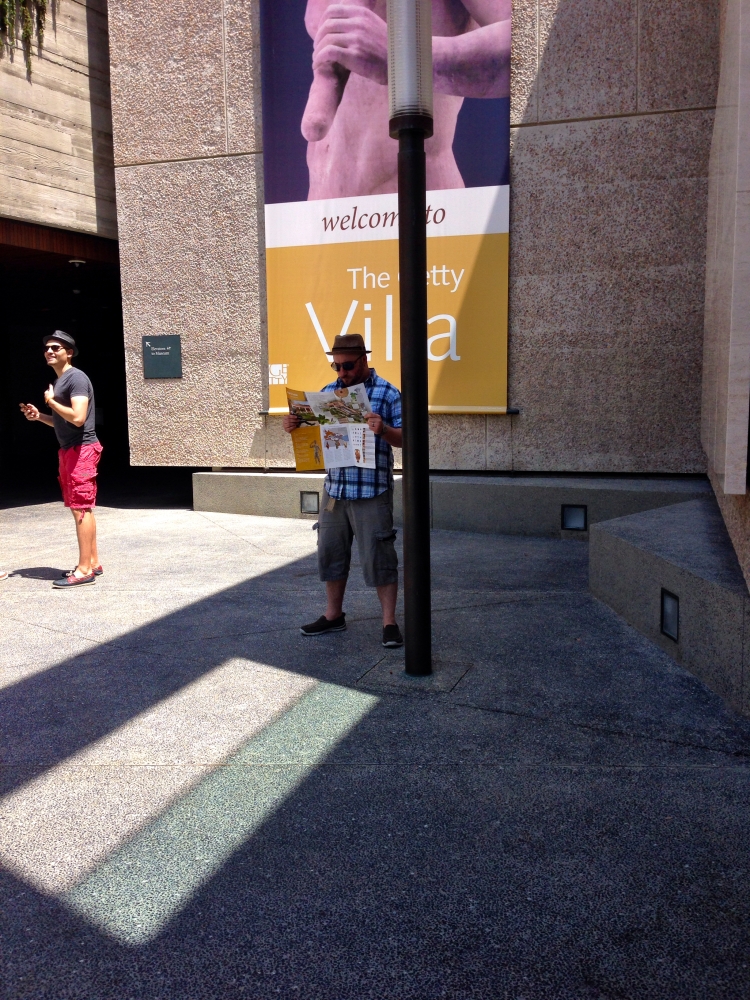 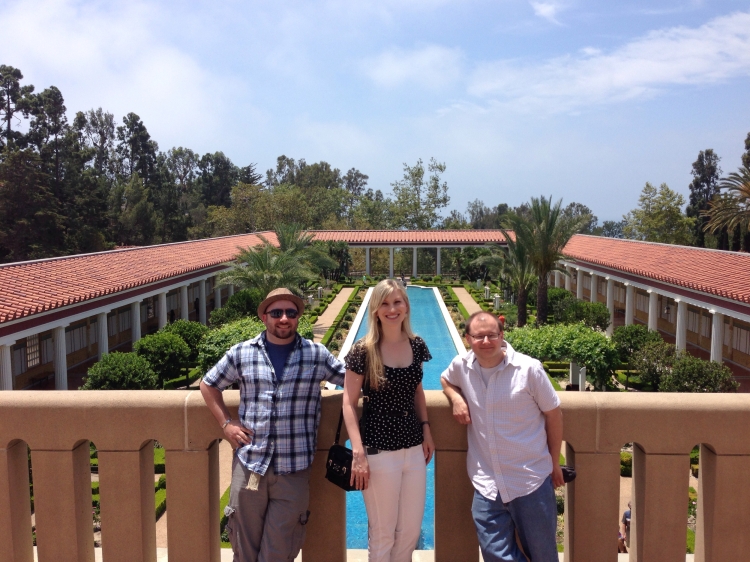 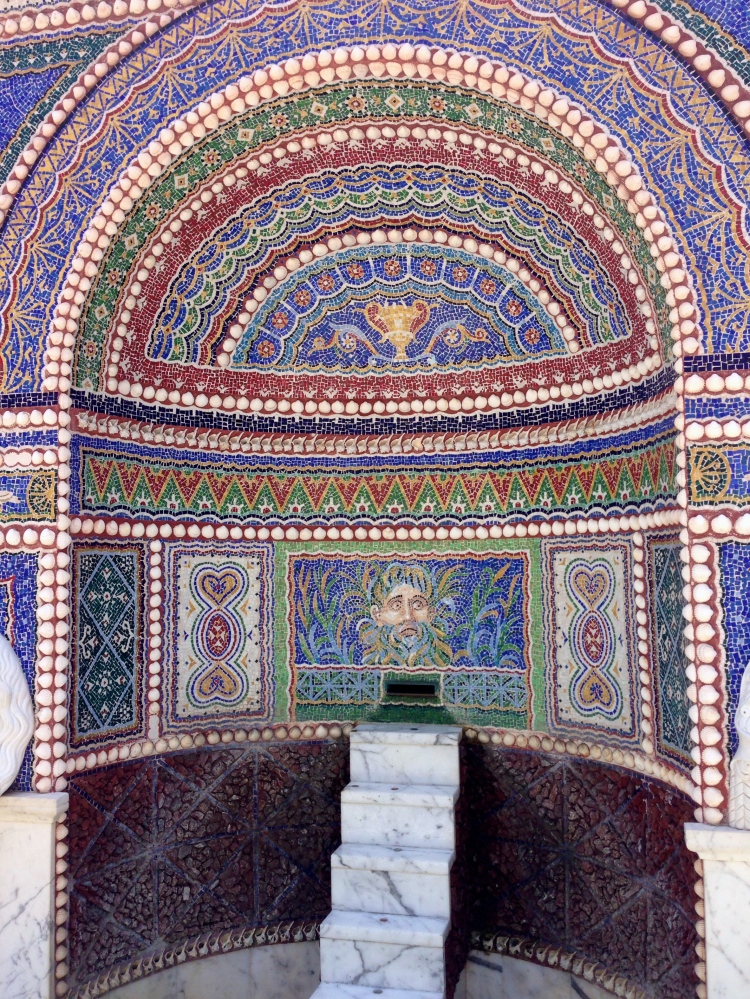 The Getty Villa was designed to emulate a Roman villa. One of its inspirations was the Villa of the Papyri. It is a beautiful piece of architecture that houses a museum focused on Greek, Roman, and Etruscan antiquities. It is humbling to gaze upon ancient history. So often we look at modern life as something so new and unfathomable to previous generations. Outside of technology, though, the many facets of society were present thousands of years ago. Money, art, jewelry, traditions both functional and strange… they have been around forever, and much of it can be traced back to the cradles of civilization.

Like the art I mentioned yesterday, the intricate sculpture on display continued to amaze me. The time, effort, and talent involved in creating such pieces must have been astonishing. The Getty Villa is special because it combines the art of the period with the stunning architecture. Each of the gardens at the villa is beautiful, and the building itself breathes a bit of life into its exhibits. Walking the gardens is a little like walking back in time. 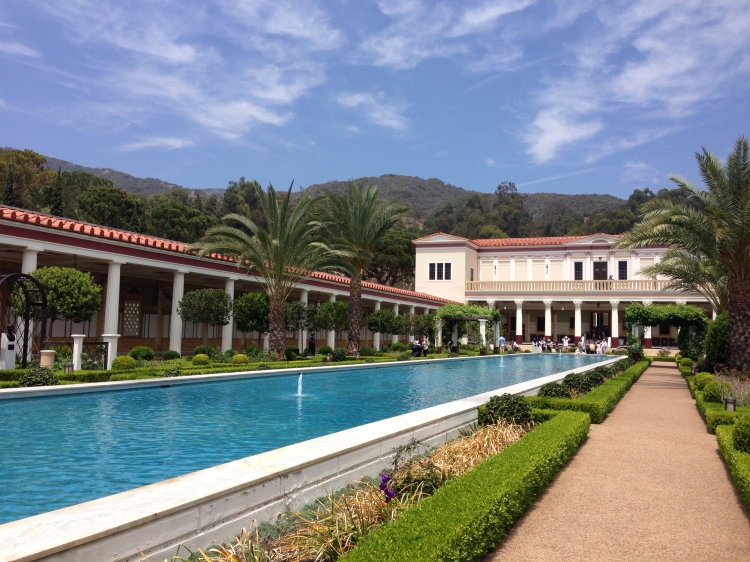 I realize that saying “education is fun!” is horribly cliche, but I learned a great deal on my tour of the Getty Villa, and I feel like I became just a bit deeper of a person. Some of that may have been due to the company. Mara, the friend we met up with, is one of the kindest, sweetest people I have ever had the privilege of knowing. Dmitry and I have corresponded with her for well over a decade via the internet, but this is the first time we have actually met in person. Her interest and appreciation of the subject matter made it all the more exciting.

After the Villa, the three of us headed to In-N-Out Burger, often regarded as one of the best fast food burgers anywhere. I was not disappointed. I went with their staple “Double-Double,” which is a double cheeseburger with two slices of cheese. Normally I don’t eat raw tomatoes, but I decided to live dangerously and leave them on the burger. It was delicious. I don’t know if it’s just my mood or a rash of bad luck, but the tomatoes I’ve had in California actually seem better than the ones I’ve had in Chicago. Are they fresher? Laced with crack? Who knows?

The meal was a long one; Dmitry and I talked Mara’s ears off (they had to be surgically reattached) for well over an hour. She was incredibly polite, and seemed entertained, but she barely got a word in edgewise; when we meet up again, I’ll have to make sure she gets more time to speak. That’s when, not if, because our meet-up was fantastic, and I’d love to do it again.

Following lunch, we hit the Getty Museum in Los Angeles. This event began with a tram ride that climbs up the hill the museum stands upon.

(Again, a hill in LA is a mountain to a Chicagoan.) 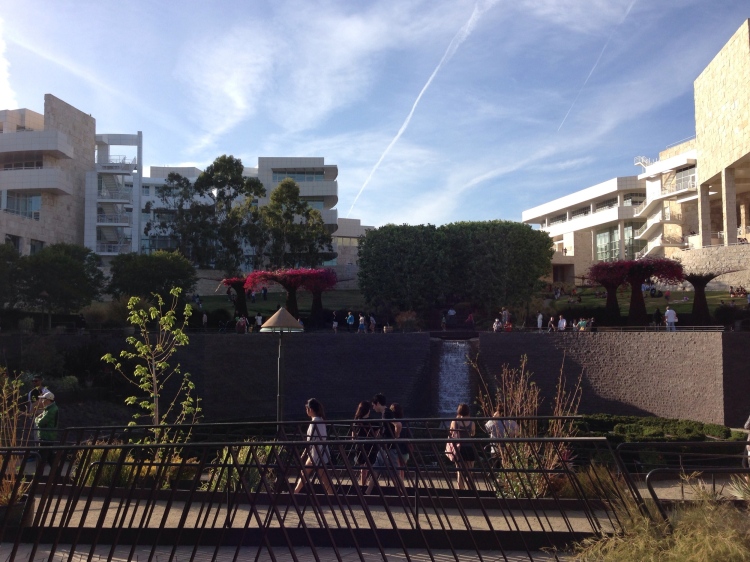 The climb up the hill provides another awe-inspiring view of the city. There are also several vantage points on the museum campus that allow more of the same. We walked exhibits covering photography during the age of Queen Victoria and crosshatching. We took in the massive Mural, by Jackson Pollack, and the photography of Ansel Adams and Hiroshi Sugimoto. There was a wing dedicated to more ancient art, as well as stained glass. Of particular interest to me was the museum’s collection of illuminated manuscripts. As I writer, I of course have an affinity for books, and the handwritten tomes on display were fascinating. It is daunting to imagine the libraries full of hand-written volumes. The amount of work that went into ancient books is staggering. The exquisite calligraphy, usually in a language I cannot fathom, is astonishing, The art, complex, constant, and often accented with gold leaf, sometimes seems unreal. 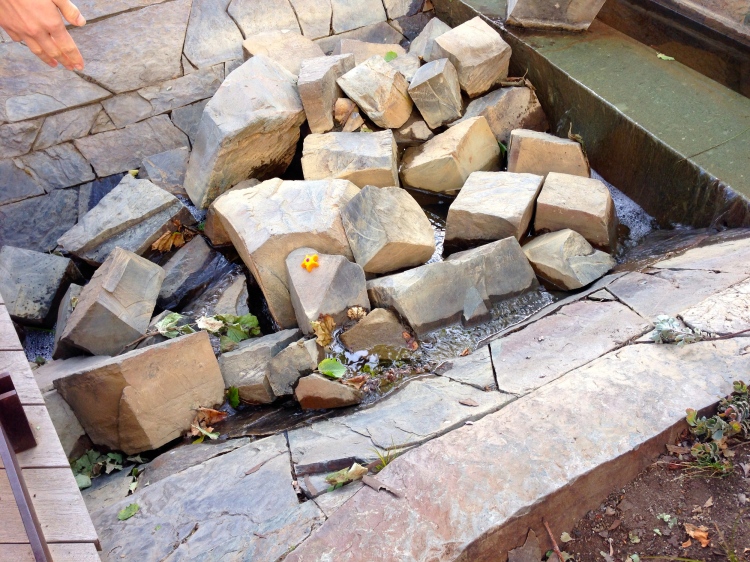 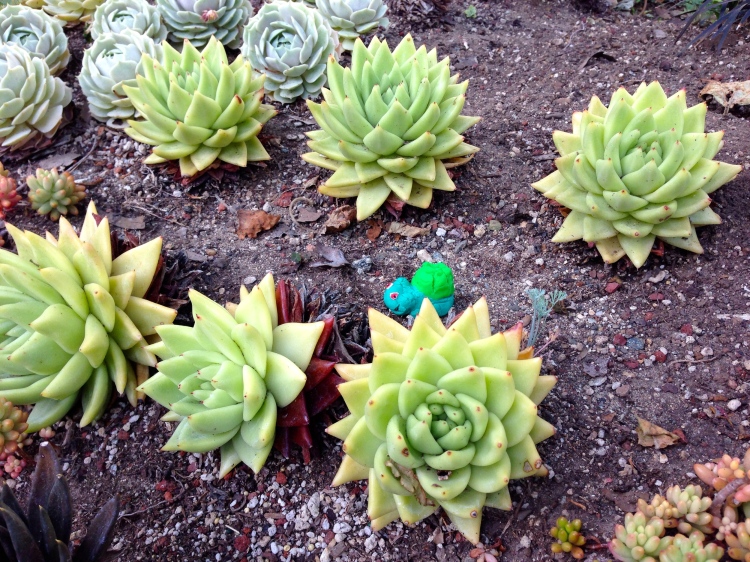 Following that, we walked the gardens at the museum and found a pair of pokemon hidden in the environment. I kept my eyes peeled for more after spotting them, but did not find any.

After parting ways with Mara at the museum, Dmitry and I returned to the hotel to find a hotel-wide party in full swing. Nearly five hours later — well past midnight — the party is still going. Tomorrow, Dmitry returns to Chicago. I have two days on my own, and a vague plan of what I will do.